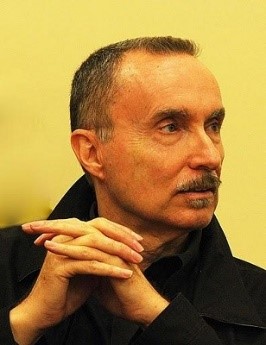 Perseverance: Establishing your Writing Goals and Achieving them despite Personal and Professional Setbacks with V.S. Alexander (Online)

Whether you’re a beginner, self-published, or a traditionally published writer who feels the need to recharge—learn how to persevere, how to stare down rejection, rise from the jaws of defeat, or just live peacefully with your journey. V S. Alexander will call on established writers who have written about the subject. It’s one rarely talked about in our creative world that is dominated by lectures on craft, character, plotting, and marketing. Learn how to survive, how to lift your spirit when you feel you’re below zero, how to get back in the game, or, perhaps, step away from it guilt-free. Discover the two essential qualities you need to be a writer of fiction and the most important elements of storytelling likely to get you published.

V.S. ALEXANDER is the author of ten novels, selling nearly a half-million books in the past five years, in addition to foreign rights in more than a dozen countries in Europe and the Americas, including Portugal, Spain, Brazil, The Czech Republic, France, Italy, Mexico, and Lithuania. His second novel for Kensington, The Taster, has been optioned for film and translated into many languages. The Irishman’s Daughter received acclaim from Publisher’s Weekly and the American Library Association, while reviewers called his fourth novel, The Traitor, a “compelling read” about the anti-Nazi resistance movement. His fifth novel, The Sculptress, was released in early 2021 and will be followed by The War Girls in August of this year. The War Girls tells of two Jewish sisters separated by the events of World War II. Audio and Spanish rights for that book have already been sold. Another book, The Novelist from Berlin, scheduled for release in 2023, is in the works.

This workshop is on Zoom and registration is required. Please click here to register.

The video is available for on-demand viewing June 19 – September 15.